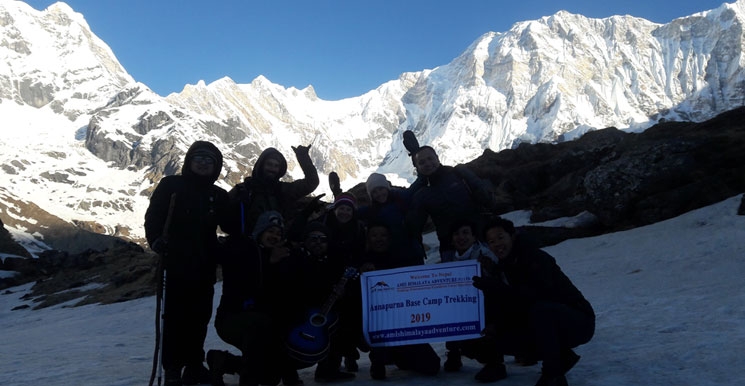 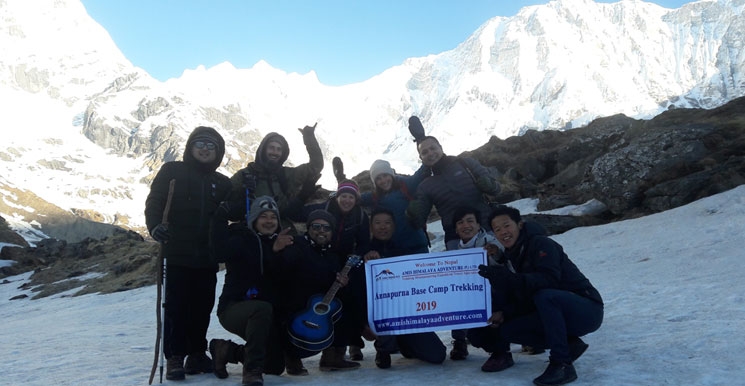 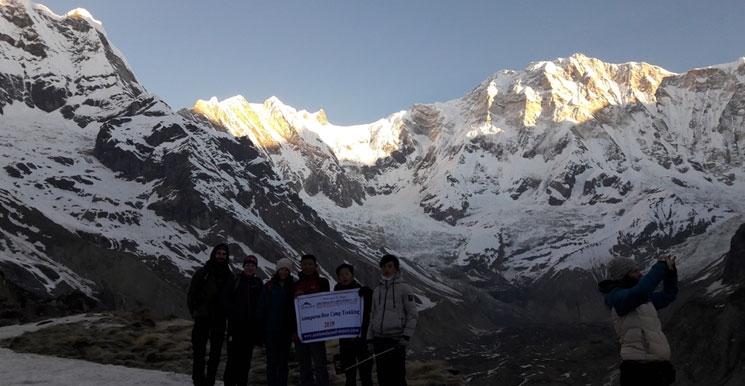 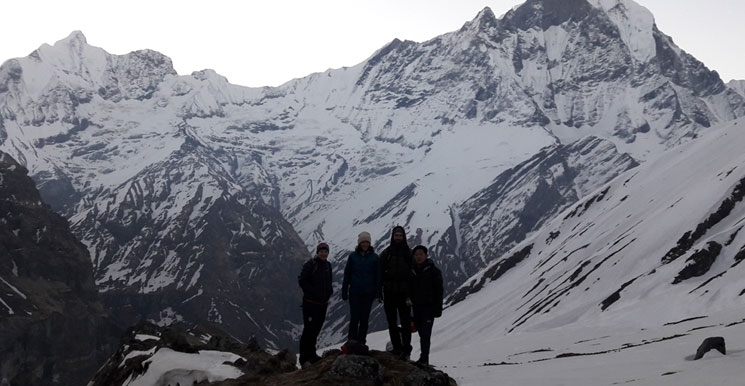 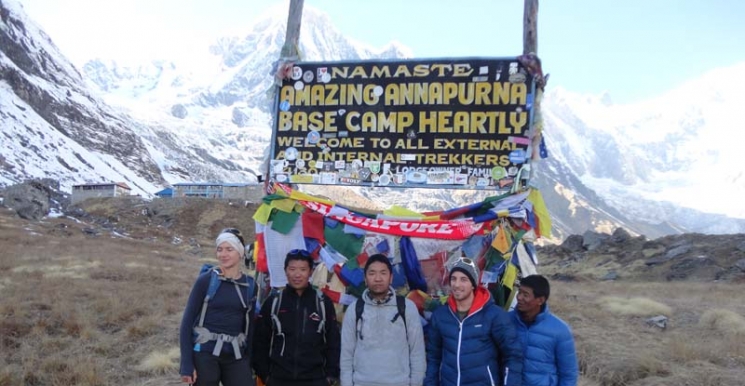 Annapurna Himalayan region is a mountainous region in the north central Nepal comprises series of peaks which includes the 10th highest peak in the world Annapurna I . Along thirteen peaks above 7000 meters range and 16 other over 6000 meter s. The entire Annapurna region is protected by the Annapurna Conservation Area within the 7,639 kilometer square range; this is the first and largest conversation area of Nepal, established by King Mahendra on 1986 AD. Annapurna I (8,091m.) lies at the east of Kali Gandaki separating from Dhaulagiri. There are different height Dhaulagiri 8,167m., Machhapuchare (6,998m.), Annapurna II (7,939m.) , Annapurna III (7,555m.), Annapurna IV (7,525m.),Nilgiri 7,041m., LamjungHimal 6,986m., Tukuche peak 6,920m, Hiunchuli (6,441m.) and various other peaks of Annapurna region.

Many mountaineers have tried to conquer the mountain and since 2007 statistics shows that fatality ratio of this peak is 38% which is the highest among any other mountain above eight Thousand meters. The Annapurna Conversation Area organizes several world class trekking
Annapurna Sanctuary Trek though Mt. Annapurna has become one of the most dangerous mountains expeditions in the world the best thing about it is trekking through the heart of this involves less risk to travel. Annapurna region is rich by every aspect as it offers the most amazing view of many mountain ranges and glaciers, forests very rich in biodiversity, various alternating geographical terrain, rivers and waterfalls.

Annapurna base camp Trekking route starts form the terraced foothills of Dhampus ridge which is very near to Pokhara. From Dhampus the trail heads forward passes through the Rhododendron forests of the Hinko Cave via the Gurung villages of Chomrong and Landrung. Now, the trail ascends up through ModiKhola offering the view of some base camps of the towering mountains like Annapurna Base Camp (4130m.) and Machhapuchare Base Camp (3980m.) and head towards Ghorepani. From Ghorepani we make our ascent towards Poon Hill, Poon Hill is best sunrise view point of the region and offers the most breathtaking view of sunrise over the Himalaya which includes Dhaulagiri, Machapuchere, Nilgiri, Annapurna South, Himchuli.

Trekking via Banthati and Tadapani, the trail ascends up through series of bamboo forest heading to Deurali 3,230m Machhapuchare base camp from Deurali the trail takes you through the alpine meadow up to the Machhapuchare base camp and further leads us to the Annapurna base camp. As you reach the Annapurna base camp you will be delighted by the 360 degree panoramic view of spectacular mountain peaks of the region along with wholesome Annapurna ranges. After a brief stay at the base camp and enjoying the panoramic view .we start descending down through the forests Bamboo to ChomrongKhola following the stone staircase we descend steeply down to ModiKhola via Jhinudanda. There are several natural Hot Springs in the area of ModiKhola where we can relax and take rest. Moving further down the trail we finally reach Pokhara spending the last days of our trek through several Gurung villages and experiencing their culture.

Day 02 : Drive from Kathmandu to Pokhara by Tourist bus and from pokhara to Birethanti/ Nayapul by by Private vehicle 8/ 9 hours over night at Lodge.

Day 11 : Trek to Phedi and Phedi to Pokhara by Private vehicle and transfer to Hotel with Bed Dinner & Breakfast plan.

Day 14 : Departure to Airport and Back to Home.

Your safety is of paramount concern while traveling with Amis Himalaya Adventure . Our above itinerary is perfectly design. However, since this adventure entails travelling in remote mountainous regions, we cannot guarantee that we will not deviate from it. Weather conditions, health condition of a group member, unexpected natural disasters, etc., can all contribute to changes in the itinerary. The leader will try to ensure that the trip runs according to plan, but please be prepared to be flexible if required.

Note on Itinerary: our above itinerary is perfectly design and we/our guide do best to follow. However, you have to be flexible to change in case required due to weather, route conditions, and other factors beyond our control.

Book This Trip Tailor Made Trip